Create Your Legacy at Walsh

You are at: Planned Giving > Gift Options > Donor Stories 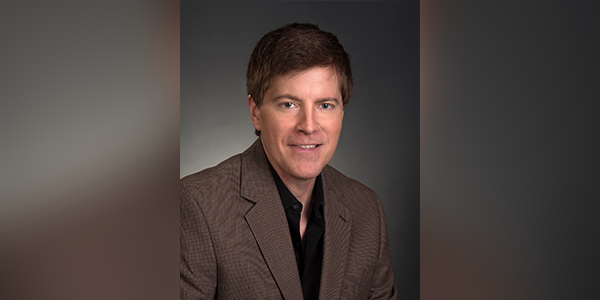 Although Kevin Carmody, a 1985 Walsh College Bachelor of Accountancy graduate, now lives 1,300 miles away in Houston, Texas, his heart still beats mightily for Walsh College students and their quest to finance their education.

The former Farmington Hills resident grew up in a family of nine siblings. He shared an apartment with his brother, pumped gas and taught racquetball at the local YMCA, among other jobs, to make ends meet.

Although he had applied for and received three separate scholarships, the grants amounted to only a few hundred dollars. But for a struggling student, it made the difference in completing his education.

"When those checks arrived in the mail, they brought tears to my eyes," he said. "They meant a lot to me."

That memory has resulted in a newly cemented relationship with his alma mater through his establishment of the Kevin J. Carmody Endowed Scholarship Fund for undergraduate accounting students.

"Now that I am in a position to do so, I am proud to give back to Walsh through a scholarship for students facing the same situation that I did," he said. In fact, one of the scholarship programs from which Carmody benefited as a student still exists today - the Archie D. Waring Scholarship.

Carmody provided an initial gift to establish the endowment and to award the first-year scholarship. He also made a bequest provision in his estate plan to supplement the scholarship later.

Kevin's career began in public accounting, where he became a CPA, and eventually took him through a series of increasingly responsible accounting and management positions with companies in Michigan, Arizona and, ultimately, to his current home in Texas.He recalled many peers and colleagues who graduated from other colleges and universities had little knowledge about Walsh or its well-regarded accounting students.

Carmody became an enthusiastic advocate for Walsh within his community. "There are a lot of great schools out there all over the country. I frequently found myself explaining the purpose and prestige of the College."

He encourages fellow alumni to follow his lead and support Walsh. "We are a distinguished group. It is important to leave a legacy of recognized achievement in the business community beyond spirit and heart," he said.

Carmody said one of the most valuable lessons he learned from Walsh faculty is the role of ethics in business. "I took those lessons from my instructors and applied them to decisions I made throughout my career for myself and my firms," he noted.He added that he appreciated the influence of faculty members Rick Berschback, Mark Solomon, Ted Hoffman and Robert Shanahan.

Now an independent consultant, Carmody returned to Walsh last fall for the first time in three decades for a visit to the Troy campus and to attend Oktoberfest, the College's annual event for students and alumni.

Thanks to his generosity, the distance between Houston and Detroit has never been shorter.